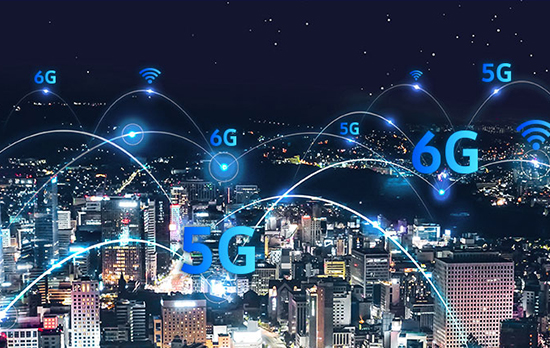 The communication technology provides the infrastructure needed to enable people and things (i.e., devices, places, etc.) to connect and interact with one another across physical and virtual spaces. It is the foundation of a smarter age in which AI and robots will become a common part of our daily lives. The communication technology will continue to evolve fast to connect people with machines and things through more and faster exchange of information.

Today, 5G technology is being applied to the core infrastructure of various industries, and is used to support everything from high-quality communication services to smart factories, vehicle-to-vehicle communication, and a raft of other new services. In addition, ultra-wideband (UWB) technology, which can safely and accurately measure distances, is emerging as a next-generation connectivity technology that connects various devices and provides location-based services.

Samsung Research will continue to focus on advanced communication research to strengthen 5G competitiveness, prepare core technologies for the 6G era 10 years later, and lead global standards based on them.

In order to strengthen 5G business competitiveness, we are currently researching advanced technologies that overcome technical limitations by combining software capabilities and AI technologies. We are also developing location-based services through UWB technology development and standardization.
In addition, we will develop core technologies in preparation for the 6G era that will come in 10 years down the road, and will lead the global standard based on them.

We explore how to expand the boundaries in spectrum for 6G. 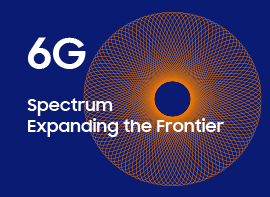 XDD (Cross Division Duplex) is one of the key technologies that Samsung is proposing as part of Rel-18 NR (5G-Advanced). 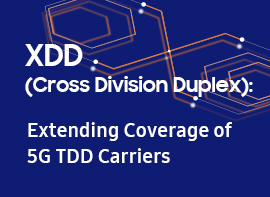 Our vision for 6G is to bring the next hyper-connected experience to every corner of life. 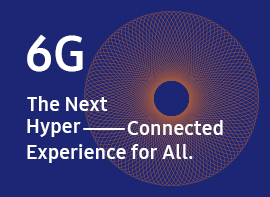 The LTE technology used in many of our smartphones for voice/video calls or video streaming is 4G.
In an era where 4G LTE is already an integral necessity in our lives, what is 5G? How will it change our lives? What can we expect from it?

The LTE technology used in many of our smartphones for voice/video calls or video streaming is 4G. In an era where 4G LTE is already an integral necessity in our lives, what is 5G? How will it change our lives? What can we expect from it?

Since the days of analog technology in the late 1970s, the mobile communication has been continuously evolving with each new generation enabling new services. In the early 2010s, when 4G LTE technologies were just hot off the press and commercial 4G services were about to take off, many organizations in academia and industry initiated research on next-generation breakthrough technologies with Samsung Electronics leading the pack with its own 5G research initiative in 2011.

According to ITU's definition, eMBB can be characterized by a peak download speed of 20 Gbps and a user-experienced download speed of at least 100 Mbps. For example, downloading a single 15 GB movie takes at least four minutes for 4G LTE (at the peak data rate of 500 Mbps), but only six seconds for 5G at the peak data rate of 20 Gbps. Some of the new applications that are expected to be serviced over 5G are HD videos, virtual reality (VR), and augmented reality (AR).

For support of URLLC, 5G is able to provide 99.999% reliability and 1 ms latency (1 ms is 1/1000th of a second). For example, in a 4G network, when an obstacle appears in front of a self-driving car moving at 100 km/h, a stop signal can be received only after the car has driven more than 1 m. The same distance can be reduced to 2.8 cm in a 5G network, drastically reducing the risk of vehicular accidents.

Besides the big jump in data rates and latency, 5G is expected to play a critical role as a platform for providing connectivity to various forms of IoT devices in homes and industries. 5G aims to enable connections for 1 million devices within an area of 1km2. Such connectivity on a massive scale, i.e., mMTC, is essential in order to accommodate an exponentially increasing number of IoT devices such as smart devices and sensors.

To accommodate the requirements as described above, a new spectrum range was assigned for 5G, which is broader and higher than 4G. The spectrum range includes not only low frequency bands below 6GHz (including 3.5 GHz), which are similar to the conventional 4G spectrum, but also the ultra-high frequency millimeter wave (mmWave) bands such as 28 GHz and 39 GHz which were never previously used for the purpose of mobile communications.

Following the commercialization of 5G technologies, both academia and industry are initiating research activities to shape the next-generation communication system, namely 6G. Considering the general trend of successive generations of communication systems introducing new services with more stringent requirements, it is reasonable to expect 6G to satisfy unprecedented requirements and expectations that 5G cannot meet.

We expect that 6G will provide ultimate experience for all through hyper-connectivity involving humans and everything. In our 6G white paper, we aim to provide a comprehensive overview of various aspects including technical and societal trends, services, requirements, and candidate technologies.

XDD (Cross Division Duplex) is one of the key technologies that Samsung is proposing as part of Rel-18 NR (5G-Advanced) to address the coverage issue observed during the initial phase of 5G deployment. XDD provides improved coverage, capacity, and latency compared to conventional TDD. Instead of relying solely on orthogonal time resources for DL-UL separation as in TDD, XDD allows simultaneous DL-UL operation by using non-overlapping frequency resources within a carrier bandwidth.

This white paper provides a high level description of XDD concept, benefits, and implementation challenges. First, an overview of XDD including a comparison with conventional TDD and FDD is provided. Next, the implementation challenges of XDD especially at the base station to handle self-interference mitigation is provided. Furthermore, several features that we consider critical in realizing XDD in actual deployment scenarios are provided along with some performance results. Finally, Samsung’s view on XDD for the next phase of 5G (5G-Advanced) is provided.

Expanding the boundaries of what is possible in spectrum has been our passion at Samsung.

6G is facing a formidable challenge to be significantly greater than evolved 5G. To do this will require new spectrum from sub-1 GHz to sub-THz, in addition to the continued reuse of existing spectrum in the low, mid and high bands.

As a follow-up of our 6G white paper published in July 2020, we in this white paper explore how to enable 6G to be realized around 2030 from a spectrum’s perspective.