For the past decade, Samsung has been at the forefront of 5G, taking a concept and making it into a reality. Samsung owes its success to the dedication and technical ingenuity of its engineers who have pioneered the product development and standardization of the core technologies that enable 5G. In particular, Samsung Research, an advanced R&D hub within Samsung Electronics’ SET (End-products) Business, plays a pivotal role in the development and standardization of core 5G technologies.

Leveraging its technical expertise, Samsung Networks has successfully delivered its next generation network solutions to support 5G commercialization in leading markets. In the first half of 2019, Samsung supported operators in their world’s first launch of 5G commercial services in Korea and the U.S., followed by Japan in March of this year. Samsung’s end-to-end solutions, ranging from chipsets, radios and core networks to cloud platforms, have been key drivers of 5G expansion.

The 3rd Generation Partnership Project (3GPP) is the largest telecommunications standard development organization that brings together more than 500 entities from around the globe including mobile network operators, network/terminal/semiconductor manufacturers, research institutes, and universities. Samsung has participated in 3GPP since the beginning of 3G, in the late 90s, and is widely recognized for its technical innovations and leadership.

Established in 2012, the annual 3GPP Excellence Award recognizes individuals who have made outstanding technical contributions to the development of next-generation mobile telecommunications standards.

In 2018, for the fifth time, an engineer from Samsung received this prestigious award, making Samsung the company with the largest number of recipients. Such recognition by the world’s leading telecommunications standards organization is a reflection of Samsung’s strong commitment and leadership in standardization. 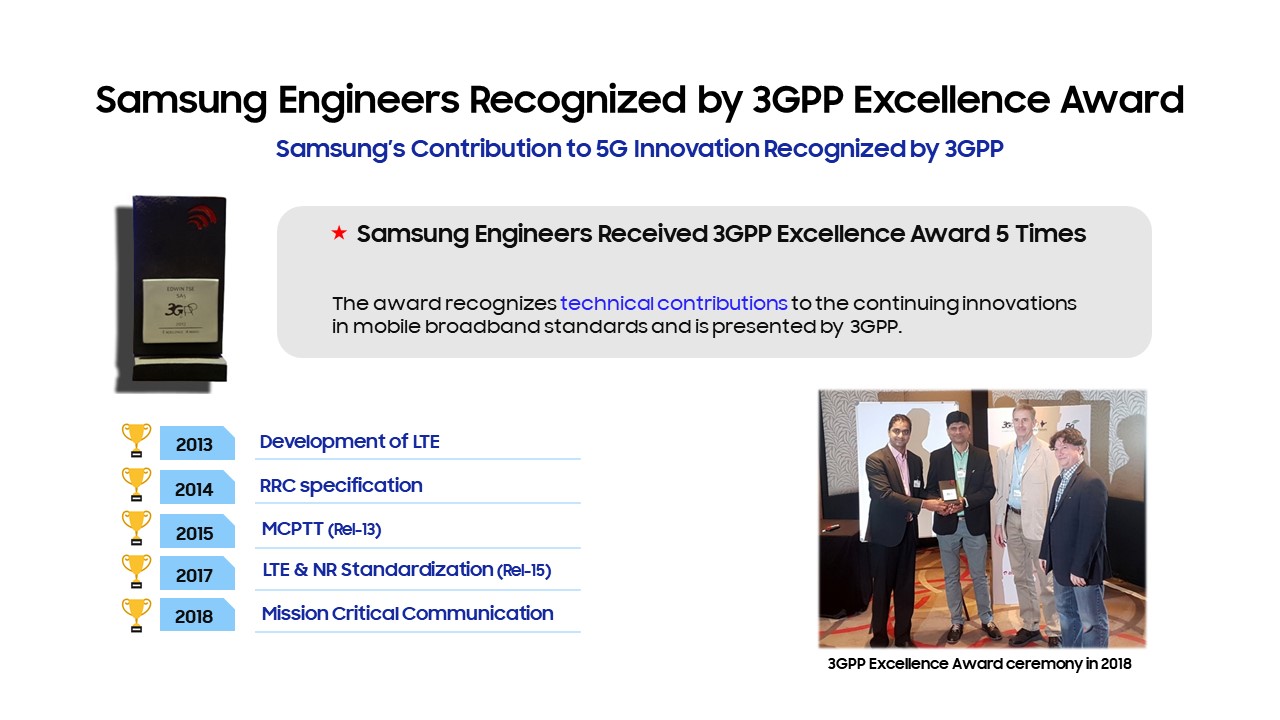 Chairs and Rapporteurs of the Organizations within 3GPP 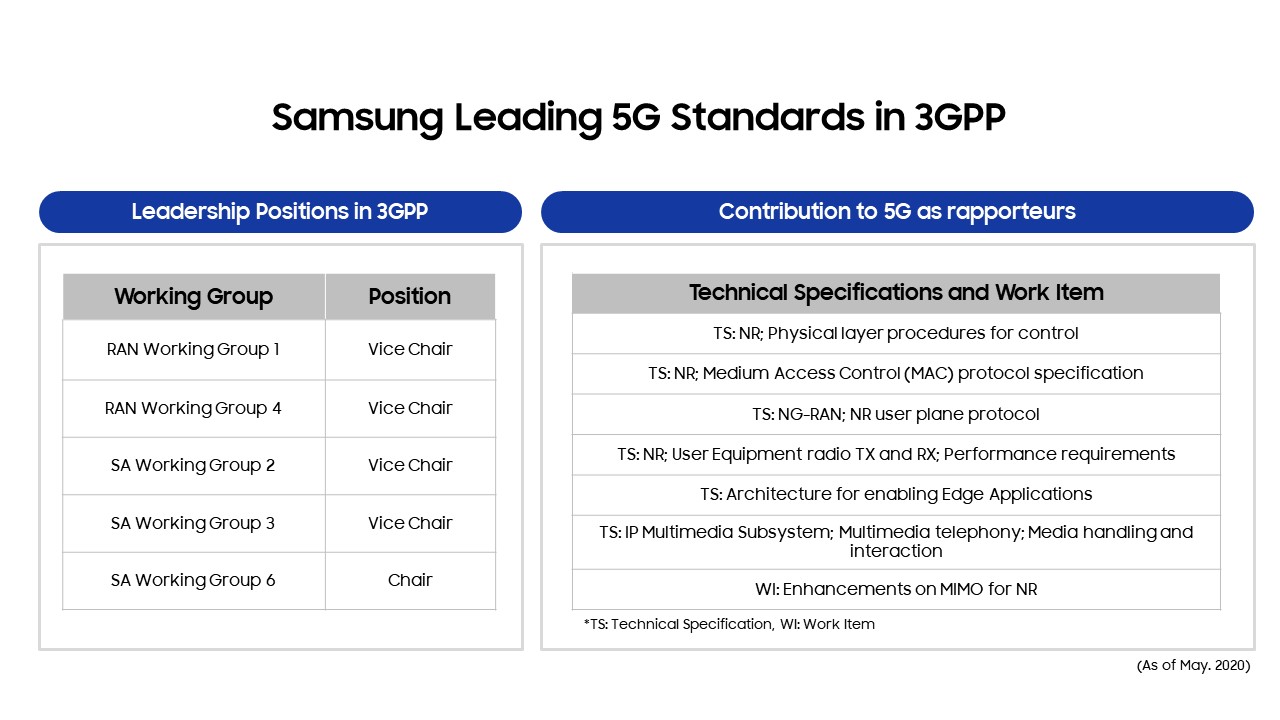 Suresh Chitturi serves as the Chairman of 3GPP SA Working Group 6 (SA6), leading the development of
public safety and application-layer standards. Among other things, SA6 has contributed to the collaboration among key government agencies from Germany, South Korea, the United Kingdom, and the United States in regards to public safety features in cellular networks.

Based on their strong technical leadership and dedication towards innovations, the 5G experts at Samsung have been making groundbreaking contributions to the development of next-generation telecommunication standards. Samsung will continue to support and cultivate such individuals and efforts for the continuing success of 5G.