Samsung Researcher Elected to Board of 5GIA 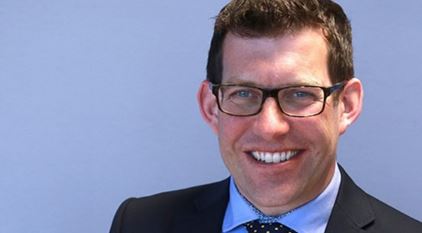 Following elections during March, Dan Warren, Director of Advanced Network Research at Samsung R&D Institute United Kingdom (SRUK) has been appointed to the Board of the 5G Industry Association (5GIA).

5GIA is the telecoms industry body for continuation of the Research agenda in Europe into future mobile telecommunications.  5GIA is currently acting as the peer body to the European Commission, in the establishment of a new Public-Private Partnership, the Smart Networks and Services Joint Undertaking (SNS-JU).  The SNS-JU is targeting funding of €900M over seven years to develop the underlying technologies that will become 6G, as well as introducing capabilities for the expansion of the mobile telecoms ecosystem through adoption in other industries including healthcare, manufacturing, automotive and transport, education and smart cities.

5GIA was formed as the private industry body to partner with the public sector, represented by the European Commission, in the formulation of 5G-Public Private Partnership (5G-PPP) under the EC’s previous Framework Project, Horizon 2020.  However, in SNS-JU, the role of 5GIA will be much greater in both the setting of the Research direction in Europe, and the expanded interest in telecommunications research from external industries.  This has been reflected with a recent increase in 5GIA membership from sectors outside of telecoms.

The SNS-JU is itself a part of Horizon Europe, the European Commission’s Research funding framework project that will run from 2021 until 2027.  Horizon Europe is expected to distribute in excess of €90billion during its lifetime, covering topics as diverse as clean battery technology, urban mobility, water security and antimicrobial resistance.

SNS itself is still being formed, as it is currently awaiting approval from EU Member states.  Topics expected to be within scope include Human Centric Services, Advanced Radio Access Networks, integration of Satellite technology, the use of Artificial Intelligence, and Open RAN.