Full duplex (FD) communication is an enabling technology with simultaneous uplink and downlink transmission over the same spectrum, which could not only virtually double the spectrum but also shorten the latency of bi-directional communications. One of the key challenges to bring full duplex into reality is how to design a practically implementable self-interference cancellation (SIC). This paper promotes a practical joint-design of SIC capable of >120dB SIC gain to make in-band FD practically viable. It consists of novel integrated SIC antenna, multi-tap tunable RF SIC and non-linear digital SIC. Further, a prototype system implemented using in-band FD with 5G NR commercial level hardware components is presented, which not only verifies in-band FD is practically implementable with the proposed joint SIC, but also achieves highest SIC results, i.e. 122.5dB SIC capability with 32dBm transmit power, to our best knowledge. This result confirms the appealing potential of in-band FD and conclusively, the in-band FD communication with the developed effective SIC turns out to be a promising enabler for future business thriving.

A well-designed joint-SIC framework across antenna, RF and digital domains, sketched in Figure. 1, is proposed to make full duplex practically implementable for supporting in-band FD with high transmit power. In general, the goal of the SIC framework is to model and predict the distortions for compensation at RX. There are two effects that must be dealt with: receiver saturation (input signal is beyond the dynamic range of ADC) and non-linear self-interference (nonlinear harmonic components significantly higher than noise floor due to imperfect analog circuits/components).

The design principles of SIC in each domain are summarized as follows.

- Antenna SIC: maximize the antenna SIC capability with the restriction of radiation pattern and/or form factor. With high antenna SIC gain, requirements on RF SIC can be significantly relaxed to avoid the ADC saturation, to support higher TX power and/or wider bandwidth.

- RF SIC: achieve adequate RF SIC with minimum cost to avoid ADC saturation (i.e. SI strength is lower enough before it hits the low-noise amplifier, LNA), which may cause fatal distortion resulting in infeasible digital SIC. In addition, RF SIC should be stable and tunable to the time-varying SI channel from co-located TX to RX.

- Digital SIC: if analog cancellation including antenna SIC and RF SIC could sufficiently suppress the SI such that ADC saturation is avoided, then digital cancellation is able to efficiently minimize the residual SI, i.e., approaching to noise floor. Advanced processing of non-linear SIC capability is crucial to achieve overall SIC down to noise floor, which is trying to cancel the non-linear distortions. 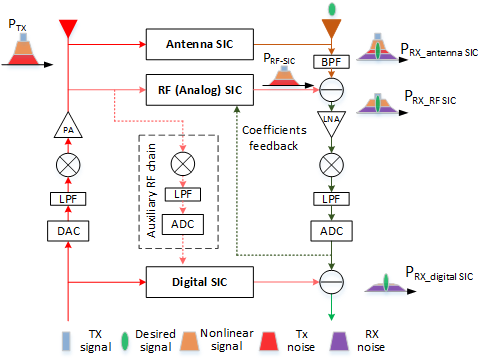 A self-developed hardware prototype with commercial components, e.g., 4G base station ADC and PA, has been implemented, to prove the concept of in-band full duplex. The test scenario is an indoor conference room, as shown in Figure. 2. There are two FD nodes with a distance about 8 meters. Each node has an integrated FD SIC antenna, one RF unit, one baseband unit and one laptop as the controller. In-band FD live video transmissions between two FD nodes, where each FD node was transmitting two video streams, have been successfully demonstrated. 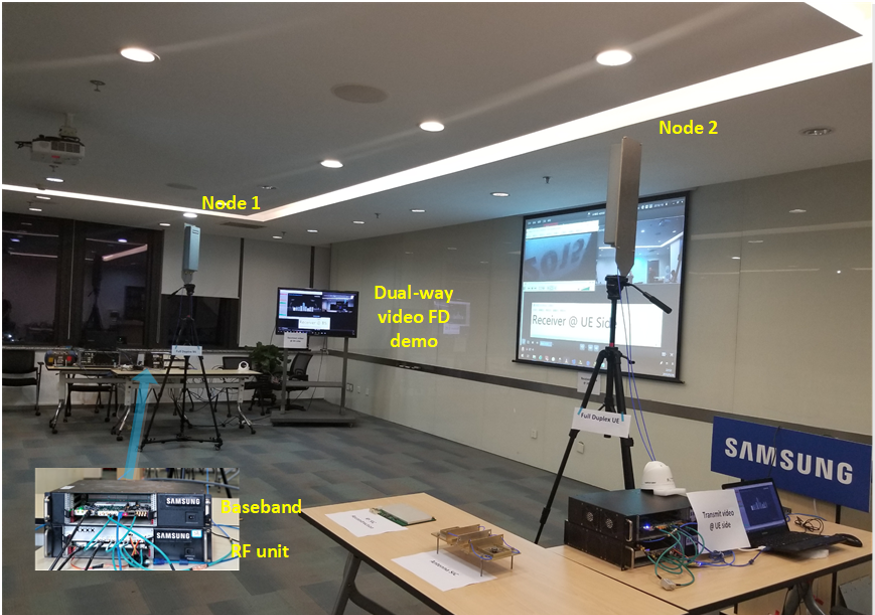 The implementations of antenna SIC and RF-SIC are discussed in the following.

For the integrated FD SIC antenna in the PoC, the conventional slot coupled micro-strip patch antenna with dual-layer radiation patch and differential feeding network are applied, and polarization is used to additionally provide the radiation isolation between antenna ports. Five parallel choke walls (forming concatenated choke grooves) with two different heights and same distance between each other are designed to provide the TX-to-RX SIC. Even though only 1T1R FD transmission has been tested, 3.5GHz FD SIC antenna is still functioned with 2T2R for MIMO test.

The RF-SIC board was implemented based on multi-tap delay network, we implemented 4-taps RF SIC reconstruction in PCB board as shown in Figure. 4 for the RF SIC, where 4 taps are labeled with different colors. Tap 1 is with a fixed delay, while tap 2-4 are with adjustable delays covering up to 75 ns delay spread of SI channel. Amplitude and phase of each tap are also adjustable by programming the attenuator and phase shifter, respectively. 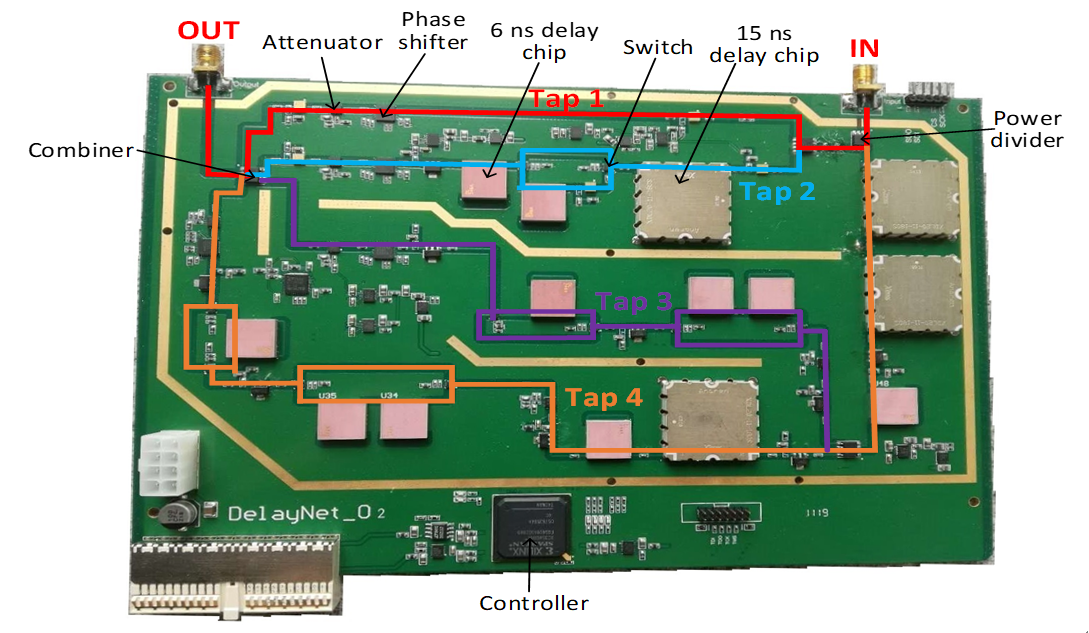 Digital SIC with auxiliary chain was implemented via Field Programmable Gate Array (FPGA) with digital baseband. Following we will show that proposed SIC structure and implementation can achieve more than 120 dB SIC capability.

In the test scenario shown in Figure. 2, the developed in-band FD prototype functioned with the SIC solutions designed based on previous mentioned principles has achieved 122.5dB overall SIC capability when TX power is 32dBm and antenna configuration is 1T1R, as shown in Figure. 5. From the Figure. 5, we can see that the residual self-interference after digital SIC is -90.6dBm (green curve) while the noise floor is -93.7dBm (white curve), i.e. only 3dB gap to noise floor. Antenna SIC measured in the conference room is 70.3dB, which is almost aligned with the test result in chamber. Due to the high antenna SIC capability, 12 dB RF SIC is pretty much sufficient to avoid the ADC saturation and eliminate the TX noise, consequently digital SIC can effectively suppress the SI close to RX noise floor with > 40dB SIC capability.

Due to more than 122dB overall SIC capability, the residual SI has negligible impact to the demodulation of wanted signal, seen from the constellation after digital SIC in Figure. 5. In the in-band FD live video transmission demo as shown in Figure. 2, two high definition video streams from each node are being transmitted and correctly received at another node with 0% block error rate (BLER). The one way data rate of two video streams are 27Mbps with 3/4 LDPC code rate and 16 QAM modulation and totally 54Mbps are achieved with in-band FD technology. Given the same parameters and 0% BLER, the data rate of half duplex would be just 27Mbps, then latency for concurrent video transmissions from two nodes will be doubled with half-duplex constraint. 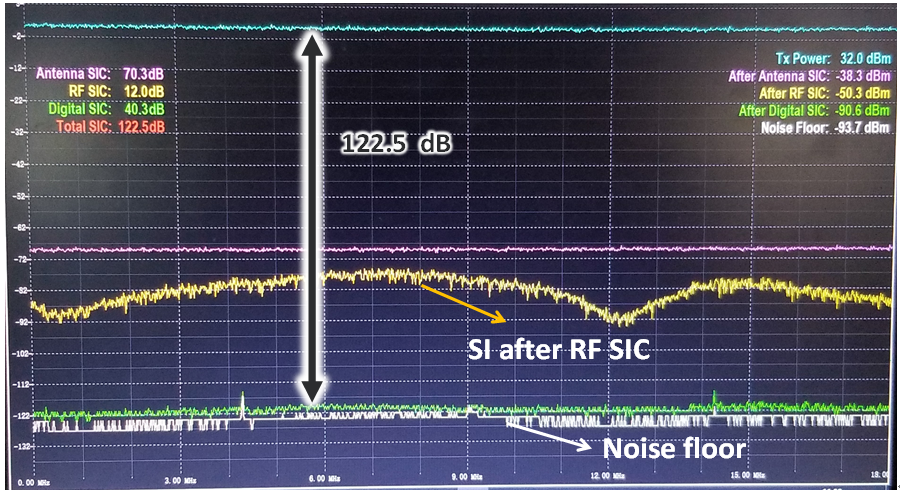 It is noteworthy that to our best knowledge, this overall SIC capability is highest among disclosed results till now, furthermore it is achieved using commercial-level hardware rather than high quality instruments. Hence it indeed has justified the feasibility of the proposed joint SIC design for grounding in-band FD into reality.

According to the achievable overall SIC capability from the PoC prototype, the achievable capacity gain over conventional duplex (TDD/FDD) is analyzed based on the Shannon capacity theory, i.e. Blog_2 (1+SINR).

For TDD/FDD, SINR is calculated as the ratio of received signal power over the power of noise, wherein no interference other than noise is assumed, i.e. SINR is assumed as signal-to-noise power ratio (SNR). Whilst for in-band FD, SINR calculation includes the residual self-interference after digital cancelation additionally. We define parameter RSI (in dB) as the SINR difference between in-band FD and TDD/FDD due to residual SI after digital SIC, e.g. RSI = 0 dB means no residual SI ideally. Figure. 6 shows the relative capacity gain of in-band FD over TDD/FDD versus RSI value when SNR of TDD/FDD are 10dB, 20dB and 25dB respectively, from which we can observe that the achievable gain is related to operating SNR in case of imperfect SIC (i.e. RSI > 0) and 100% gain over TDD/FDD capacity only happen when perfect SIC (i.e. RSI = 0). The higher operating SNR, higher FD capacity gain can be reaped, e.g. 50% gain when RSI =3dB and SNR of TDD/FDD =10dB while 70% or 76% gain when RSI =3dB and SNR =20dB or 25dB respectively. Hence it confirms the great potential of in-band FD for small cells and IAB/FWA scenarios, where high operating SNR range holds typically.

Based on Figure. 6 and SIC PoC result shown in Figure. 5, we can conclude that in-band FD in practice can achieve more than 70% capacity gain compared with conventional TDD/FDD as 3dB RSI is easily achievable and operating SNR could be 20dB for IAB backhaul or small cell scenarios given 32dBm TX power and 8dBi antenna gain in PoC tests. Undoubtedly in-band FD with effective SIC will be a very promising enabling technology to address the demand of beyond 5G networks. 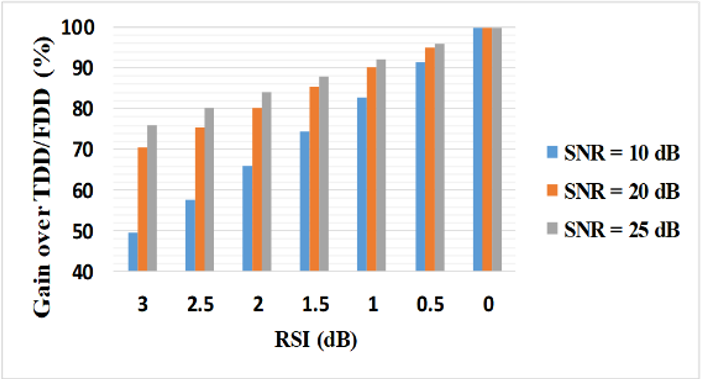 [5] I. Hannien, and K. Nikoskinen, “Implementation of method of moments for numerical analysis of corrugated surfaces with impedance boundary condition,” IEEE Trans. on Antenna and Propagation, vol. 56, no. 1, Jan. 2008. 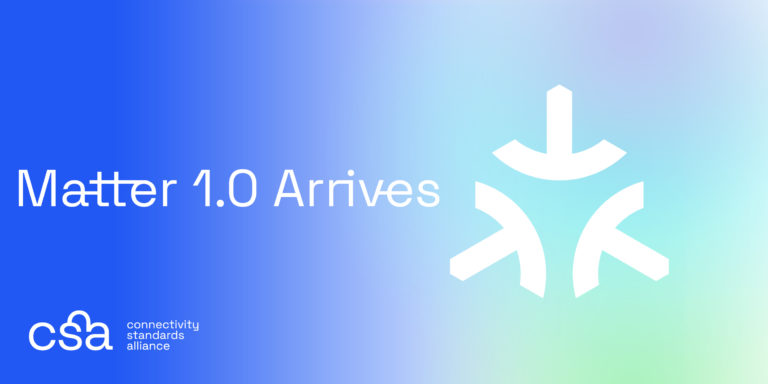 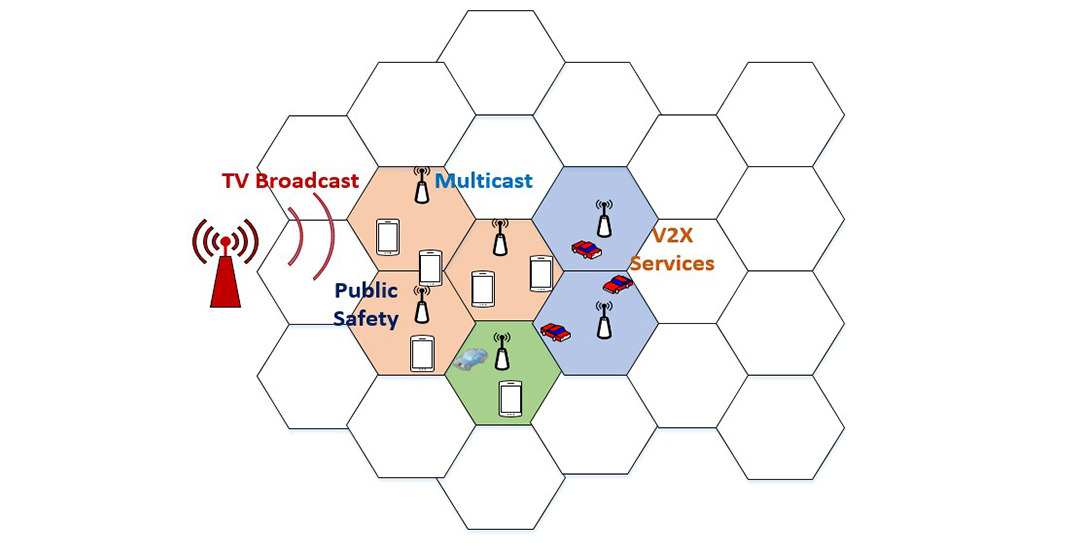