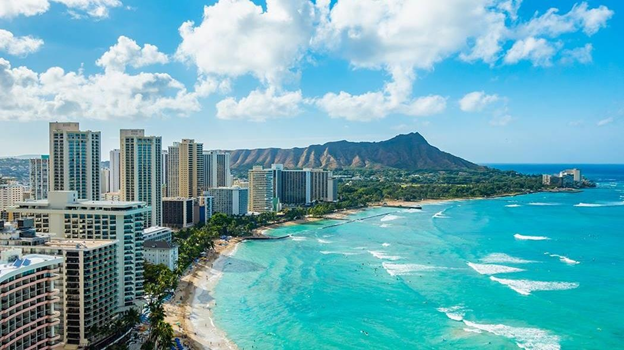 The Open Networking Automation Platform (ONAP) is a comprehensive platform for real-time, policy-driven service orchestration and automation for networks and edge services. It is being developed as an open source software project with neutral governance under the auspices of The Linux Foundation. Started back in early 2017, it has recently made available its 8th release, codenamed ‘Honolulu’.

This release brings cloud native and modular capabilities with deeper 5G and O-RAN integration for Communication Service Providers and Enterprise. The integration with O-RAN (another open initiative, aimed at bringing flexibility and more vendor choice to Radio Access networks) will enable RAN operators to optimize their radio network and reduce their cost of operation. Newly introduced 5G network slicing features in ONAP will open the door for new services to be offered by mobile network operators. The end-to-end 5G functionality in this release spans across the Radio, Transport and Core network domains which is crucial for providing the long anticipated 5G services of immersive AR/VR, Factory automation and connected vehicles.

Over 200 developers from 25 organizations collaborated to produce Honolulu, the eighth release of the Linux Foundation ONAP project. Samsung played a significant role in contributions for this release, that amounted to it being one of the top-5 contributing companies: 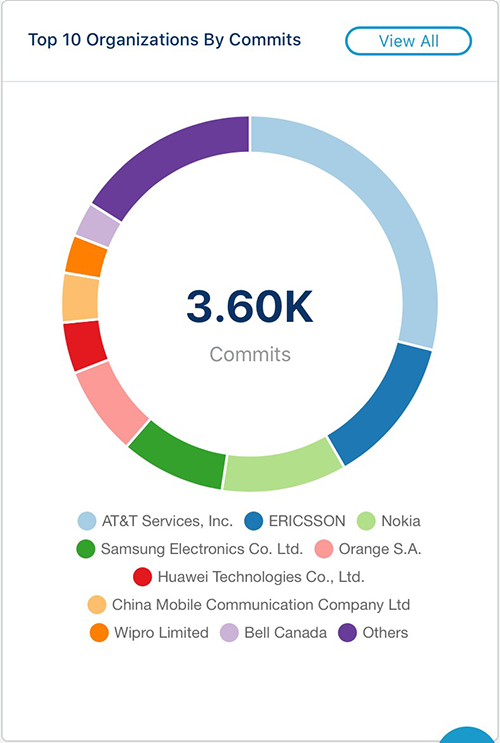 As a leader in wireless networks market, our engineers were able to use their expertise to improve ONAP and make it suitable for managing and orchestrating modern networks. Some of the main areas of contribution for Samsung in this release were Modularity, O-RAN integration, and Cloud Native Network Functions (CNFs).

Modularity continues to be an important aspect of ONAP. It allows users to pick and choose the components they need for their specific use case and Honolulu continues to advance modularity. The ONAP Operation Manager (OOM) project is a key enabler of this modularity. It provides an easy method for users to indicate which of the many ONAP modules they would like to deploy in their environment. Samsung engineers contributed numerous improvements to this project during the Honolulu release. One of our engineers, Krzysztof Opasiak from Samsung Research R&D Institute-Poland (SRPOL), holds a ‘committer’ position in this project. During this release he demonstrated his expertise and dedication to ONAP quality by reviewing numerous incoming patches. His work was crucial for driving the Honolulu release to its successful completion.

ONAP continues to be Service Management and Orchestration (SMO) of choice in O-RAN use cases. A key enhancement in the Honolulu release was broader support for the non-RT RIC functionality and the O-RAN A1 standard, both of which are implemented in the CCSDK and SDN-C projects. The O-RAN A1 interface provides a flexible way for RAN operators to manage wide area RAN network optimization reducing capex investment needs. Both the enhanced A1 interface controller and A1 policy capabilities are now usable in ONAP with a Near-Real-Time Radio Intelligent Controller (nRTRIC) thanks to the contributions of Samsung engineers. This functionality is also used downstream in O-RAN-Software Community (OSC) non-RT RIC project, strengthening alignment between ONAP & OSC.

The Honolulu release has important updates to support Cloud Native Network Functions (CNF). The functionality includes configuration of Helm based CNFs and seamless day 1, 2 operations. The Configuration API allows a user to create, modify and delete Kubernetes. resource templates and their base parameters and the Profile API allows for sophisticated day 0 configuration. Samsung engineers leveraged their expertise in understanding the architecture of modern CNFs and contributed to the implementation of the interfaces between ONAP and Kubernetes.

Peer code review is one of the pillars of successful open source software projects like ONAP. Samsung engineers contributing to ONAP are well versed in this methodology and practice it daily for both their internal and external software development work. During the Honolulu release our Samsung colleagues were among the leaders in code reviews, putting the company in the top-4 companies in terms of ONAP code reviews. Two Samsung engineers, Krzysztof Opasiak and Bartek Grzybowski were among the top-10 reviewers.

One of the areas that is often overlooked in projects like ONAP is system integration and testing. While it rarely gets a mention during the announcement of a software release, the quality of the integration and testing infrastructure of a project could make the difference between break and make. We are proud to say that the dedication of Samsung engineers that worked on the ONAP Integration project made a significant impact and was an important factor in the success of this release. During the work on the Honolulu release, the ONAP community reflected on the work done during the previous release (‘Guilin’). Our efforts have been recognized by the community and a few of our colleagues won several awards.
Pawel Wieczorek, Senior Software Engineer from the Open Source Group in Samsung R&D Institute-Poland has been awarded in the Automation Testing & Test Coverage category for supporting the Integration Project Technical Lead.

Another award, the ‘ Scalability, Security, Stability and Performance (S3P) Improvements’ category has been granted to the whole Integration Team in which our company has a few active members:
- Bartek Grzybowski, Senior DevOps Engineer from the Network Cloud Team in SRPOL
- Lasse Kaihlavirta, Senior Software Architect from the Network Cloud Team in SRPOL
- Pawel Wieczorek, Senior Software Engineer from the Open Source Group in SRPOL
We are honored and humbled to receive these awards from the community and are very proud of our colleagues achievements.

Honolulu is the first release to follow the new release cadence that will allow for more frequent releases, up to three times a year. The process behind this release cadence is yet another area where Samsung team members led the way for the ONAP community. The next ONAP release planned for 2H of 2021 and will be named Istanbul. It will explore additional intent-based networking and AI/ML integrations.