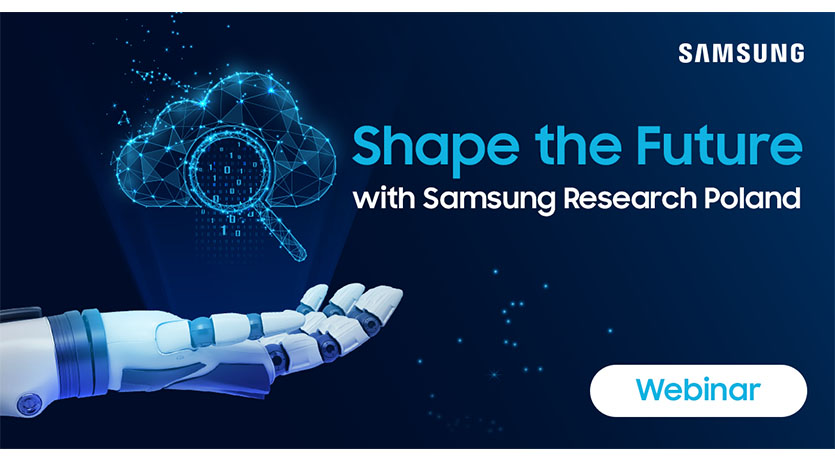 On the 1st and 2nd of December, two dedicated webinars under the slogan "Shape the future" were held, and they were intended for students of leading universities in Poland. The main purpose of the workshop was to present to the students what SRPOL is involved in as a research center, and what the main areas of our research and conducted development work are. On both days participants had the opportunity to listen to several speeches presenting interesting issues related to technologies in terms of our interests used in the current projects.

The first day’s lectures were intended for those interested in the knowledge about artificial intelligence, while on the second day we focused on telecommunications technologies. Both webinar days were started by VP Adam Roś who spoke about the technological areas of SRPOL and the main products we work on.

Webinars enjoyed great interest among listeners, they attracted over 110 people. We hope that the subjects presented during lectures turned out to be interesting for students and that we were able to show how to turn the theory learned during studies into practice by working on real projects.

The event ended with the announcement of the competition entitled "Shape Your Galaxy", which consists in describing the concept of an interesting functionality or services that should be implemented on the smartphone of the future. The competition will last until the end of the year, and we prepared interesting prizes.