Made in Korea, bred in India

Ten years ago when Kim Yeon Hyang landed in India, she fell in love in an instant, with the country and its culture. Kim arrived as a visitor from SDS Korea to the local research centre in 2010. It was mere co-incidence that Samsung R&D Bangalore (SRI-B), previously known as Samsung India Software Operations (SISO) was also looking for someone with command in Korean language. Kim was offered a role in a project in the IS (Infrastructure Service) team. She immediately decided to stay back as she wanted to help her team members as they very cheerful and the project would have also enabled her to learn new technologies at that time of her career. From then, it was no looking back for Kim, as she evolved while working in different teams and technologies. She also spent some time with Services Platform team at SRI-B and IT Infrastructure team at Samsung Semiconductor India Research (SSIR) before joining Advanced Technology Lab (ATL) under the leadership of Dr. Aloknath De, CTO of SRI-B.

Kim’s journey at Samsung R&D Bangalore and in India is an inspiration to many. She testifies that women can reach great heights irrespective of culture and language barriers with grit and determination. Kim recalls that she joined the ATL team as they wanted someone who could contribute to the Smart Assistant in Korean language project. Her interest in advanced projects complemented the job requirement and the support from her leaders and mentors made her successful during her stint. She was also encouraged to join the company sponsored M. Tech programme from IIIT-B and successfully completed it too. She has also filed two Global Patents around Lightweight blockchain and IoT blockchain along with some patents in NLP. The hard work over the years have helped her rise as an engineering leader with a team of around ten members.

On being asked how she feels about her team and achievement, “The ATL team teaches me how valuable it is to explore and research new technology. Researching can be time-consuming and sometimes tiring. I still spend about four to five hours reading up and catching with the latest technologies and innovations. Our team has been researching blockchain for the past few years and the previous project of news authenticity has also received considerable attention and continues to be a great area of research. I feel great pride to be a part of my team and love to be in this diverse country, where past, present and future co-exist”. 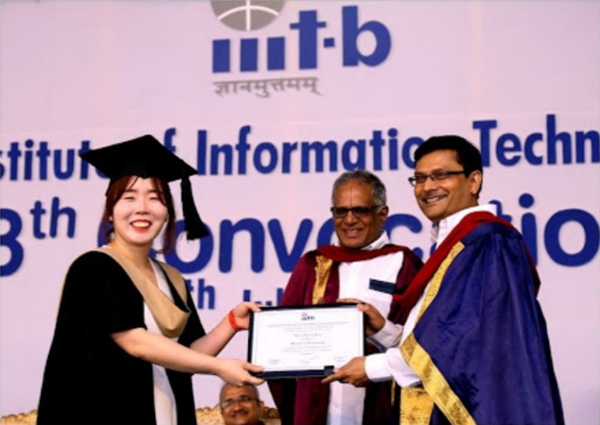 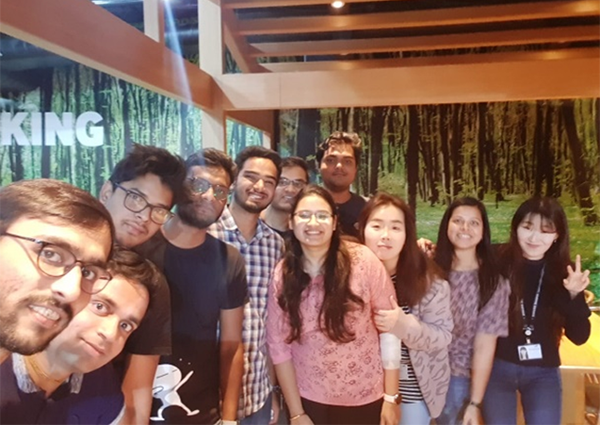 Recalling a funny incident from her University days, Kim mentioned, “I scored a zero in my algorithm course during the first M.Tech test examination. I was so disappointed with myself and thought zero is scored only in cartoon movies. Later, I got to know it was an open book test and hence the test questions were set so difficult. I was shocked as this happens only in India :)”. 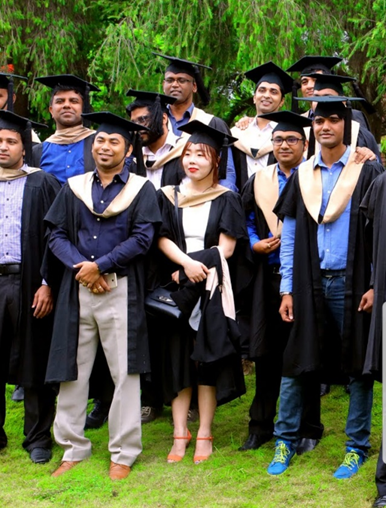 Kim is one of those Koreans who have made India their second home. She not only loves India for its culture but also for famous movies and interesting food. She expressed her strong fandom with a bright twinkle in her eyes on how she loves the great Indian actor Rajnikanth, and have watched many Bollywood (Hindi), Kollywood (Tamil) and Tollywood (Telegu) movies featuring him. She is amazed to see how most Indians know more than one language and as a result tried to learn Telegu to some extent. This also helps her watch some famous Telegu movies. Her all-time favorite food is Dum biriyani from a local joint and she also loves to spend time shaking a leg or two in the famous Bollywood numbers. Having spent almost a decade in India and with Samsung, Kim feels very much closer to home as she is learning and growing at the same time and made great friends from her workplace as well as from the University.

If you want to work in an organization that can give ample opportunities to your career path, please visit: