AI for Robots and People 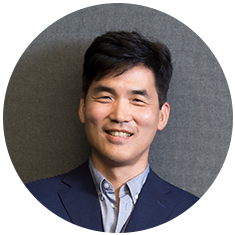 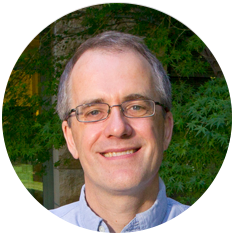 Natural language processing (NLP) has made dramatic advances over the last three years, ranging from deep generative models for text-to-speech, such as WaveNet, through the extensive deployment of deep contextual language models, such as BERT. Pre-training with models like BERT has significantly raised the performance of almost all NLP tasks, allowed much better domain adaptation, and brought us human-level performance for tasks like answering straightforward factual questions. New neural language models have also brought much more fluent language generation. On the one hand, we should not be too impressed by these linguistic savants: Things like understanding the consequences of events in a story or performing common sense reasoning remain out of reach. But on the other hand, I will discuss how we now live in an era where there are many good commercial uses of NLP, with much of the heavy lifting already done in the construction of large but downloadable models. I present some of our work on understanding how these models learn to be so proficient, and how we can build new types of pre-trained models that are much more compute efficient. Finally, I turn to conversational agents, where neural models can produce accurate task-based dialog agents and more effective open domain social bots.

Christopher Manning is the inaugural Thomas M. Siebel Professor in Machine Learning in the Departments of Linguistics and Computer Science at Stanford University, Director of the Stanford Artificial Intelligence Laboratory (SAIL), and an Associate Director of the Stanford Human-Centered Artificial Intelligence Institute (HAI). His research goal is computers that can intelligently process, understand, and generate human language material. Manning is a leader in applying Deep Learning to Natural Language Processing, with well-known research on the GloVe model of word vectors, question answering, tree-recursive neural networks, machine reasoning, neural network dependency parsing, neural machine translation, sentiment analysis, and deep language understanding. He also focuses on computational linguistic approaches to parsing, natural language inference and multilingual language processing, including being a principal developer of Stanford Dependencies and Universal Dependencies. Manning has coauthored leading textbooks on statistical approaches to Natural Language Processing (NLP) (Manning and Schütze 1999) and information retrieval (Manning, Raghavan, and Schütze, 2008), as well as linguistic monographs on ergativity and complex predicates. He is an ACM Fellow, a AAAI Fellow, and an ACL Fellow, and a Past President of the ACL (2015). His research has won ACL, Coling, EMNLP, and CHI Best Paper Awards. He has a B.A. (Hons) from The Australian National University and a Ph.D. from Stanford in 1994, and he held faculty positions at Carnegie Mellon University and the University of Sydney before returning to Stanford. He is the founder of the Stanford NLP group (@stanfordnlp) and manages development of the Stanford CoreNLP software. 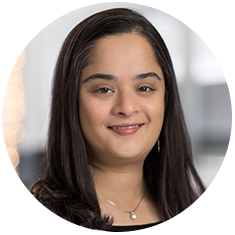 This talk will cover computer vision systems that humans can interact with via language, and AI systems that can enhance humans in their creative endeavors. In the first part of the talk I will describe our work on learning general visiolinguistic representations that can be used for a variety of vision & language tasks such as answering natural language questions about images, grounding natural language phrases in image regions, describing an image via a caption, etc. In the second part of the talk I will describe our work in automatically generating "dance" sequences from input music, generating abstract visualizations to represent salient aspects of a user's day and associated emotional states, neuro-symbolic generative art, and evaluating collaboration mechanisms in the context of sketching. 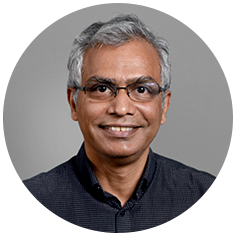 As AI technologies enter our everyday lives at an ever increasing pace, there is a greater need for AI systems to work synergistically with humans. This requires AI systems to exhibit behavior that is explainable to humans. Synthesizing such behavior requires AI systems to reason not only with their own models of the task at hand, but also about the mental models of the human collaborators. Using several case-studies from our ongoing research, I will discuss how such multi-model planning forms the basis for explainable behavior. 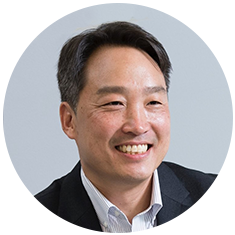 AI for Robots and People

Recent achievements in Artificial Intelligence and Machine Learning have accomplished feats that surpass human performance; does this mean these techniques will soon scale to achieve machine superintelligence? This talk will examine some techniques used in modern machine learning algorithms: deep networks, state estimation, and reinforcement learning. I will show how these methods can be used to build more advanced robotic systems and discuss how they can be used to improve people’s daily lives.

Dr. Daniel D. Lee is the Tisch University Professor in Electrical and Computer Engineering at Cornell Tech and Executive Vice President for Samsung Research. He received his B.A. summa cum laude in Physics from Harvard University and his Ph.D. in Condensed Matter Physics from the Massachusetts Institute of Technology. After completing his studies, he was a researcher at AT&T and Lucent Bell Laboratories in the Theoretical Physics and Biological Computation departments. He is a Fellow of the IEEE and AAAI and has received the National Science Foundation CAREER award and the Lind back award for distinguished teaching. He was also a fellow of the Hebrew University Institute of Advanced Studies in Jerusalem, an affiliate of the Korea Advanced Institute of Science and Technology, and organized the US-Japan National Academy of Engineering Frontiers of Engineering symposium and Neural Information Processing Systems (NeurIPS) conference. His research focuses on understanding general computational principles in biological systems, and on applying that knowledge to build intelligent robotic systems that can learn from experience.